Join AAGEF on March 12th for an exclusive discussion with Bruno Vinciguerra about "What Drives the Art Market?" at Bonhams

The talk will take place on the 2nd floor at 7pm and will be followed by a champagne reception at 7.45pm. The event will begin with a private viewing of the works on display for New York Asia Week from 6 to 7pm. 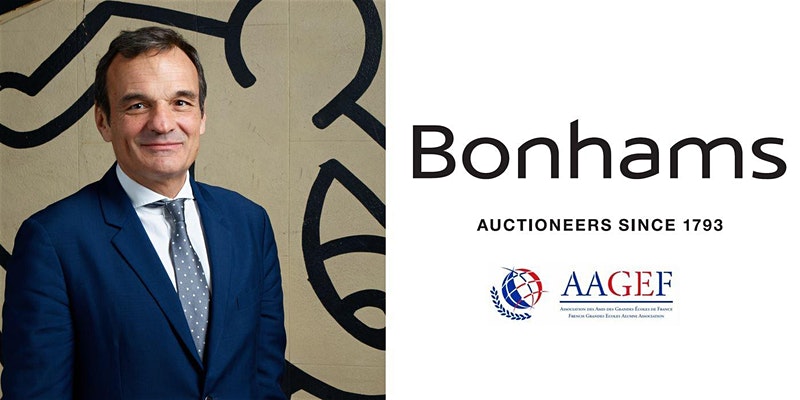 Formerly Chief Operating Officer of Sotheby's, Vinciguerra was born and raised in Paris – his Corsican name is courtesy of his grandfather. He arrived in the United States 25 years ago as a strategist for Bain & Company, the management consultancy, before becoming a Senior Vice President at Disney in Los Angeles. Vinciguerra had an executive role at Dell for six years, before joining Sotheby's in New York in 2007. As COO, he was responsible for the global management of Sotheby’s.

At Bonhams, Vinciguerra splits his time between offices in New York, where he is based, and London, Hong Kong and Los Angeles. His focus is on investing in talent, innovation and the digital footprint.

AAGEF is a not-for-profit organisation that brings together the U.S. Alumni Clubs of the following leading major French Grandes Écoles: