In 2021, Audencia is preparing to go online for a virtual "Around the World" tour to highlight the diversity and dynamism of its international chapters around the globe.
It may be online (for this year only), but it can be fun. The Audencia Alumni team continues to support its ambassadors in France around the globe to help them to keep the connection going with their communities. We are being innovative, creative and daring and hope to bring alumni worldwide an antidote to online meetings! Around the World will be a week of experimenting new ways of interacting.

On the agenda so far:

Send us a message if you have an idea for your alumni community. And, if you don't have a community, perhaps this is the moment to create one. 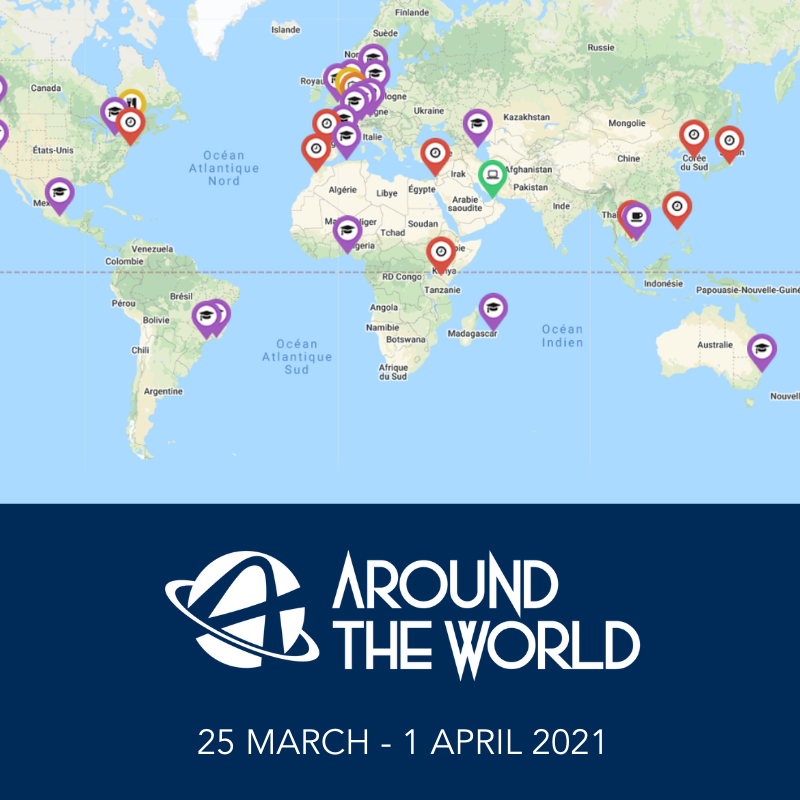