The journey has come full circle: Audencia Around the world 25 March to 1 April

For its third edition, Audencia Around the World continues to innovate


With 30 events on the agenda, the School's alumni ambassadors rivalled with one another to bring creative -online and offline- solutions for some light relief and an antidote to working behind a computer screen. Open to the whole Audencia community, these events shared the same objective of connecting and re-connecting alumni.

In a nutshell, here's what the past week looked like:
It's still not too late to drop by the online photo booth where you can create your avatar and take your picture and have it sent to you!

PARIS
Paris was the final date on this year's Around the World tour. The tour guide, Jean, grabbed a Parisian Vélib bicycle and took participants along the Seine passing by some of the city's most famous monuments. The weather was great and the streets were not too crowded. 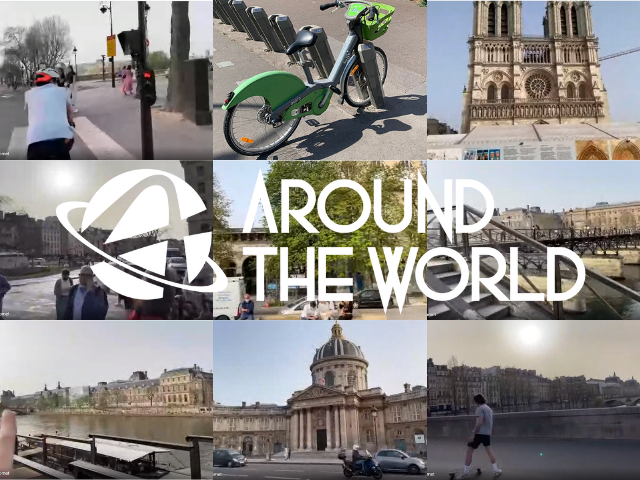 SINGAPORE
Join Audencians in Singapore for drinks & dinner. It's time to catch up! 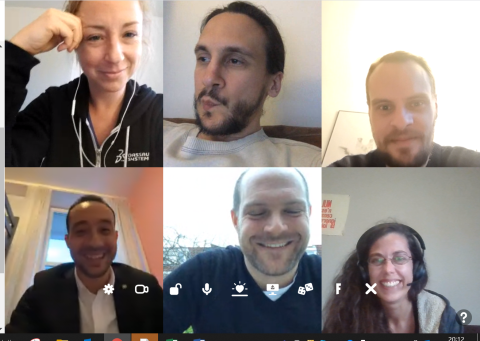 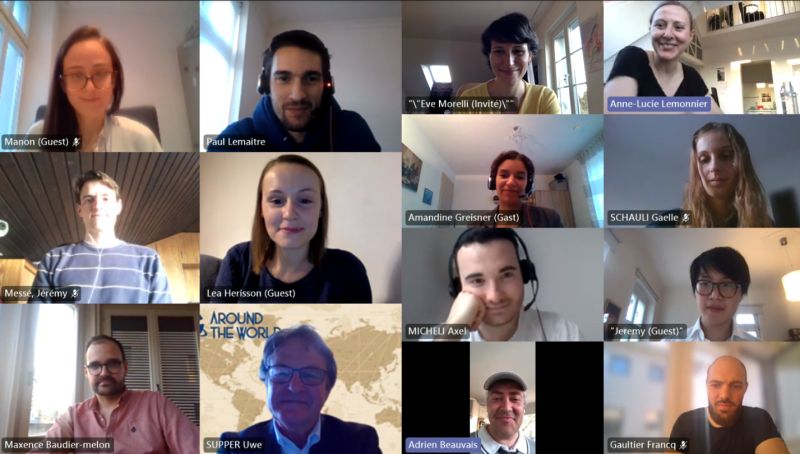 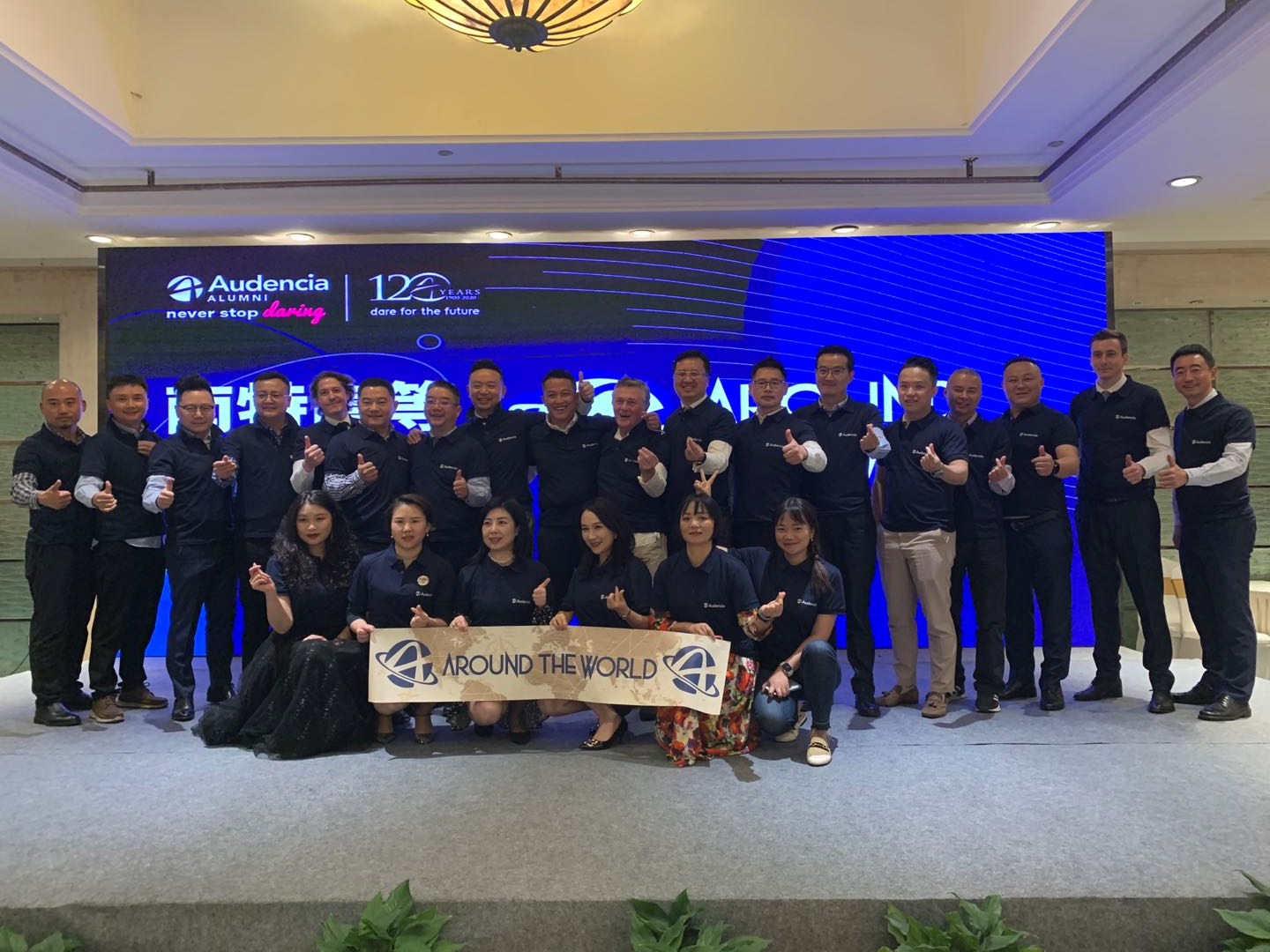 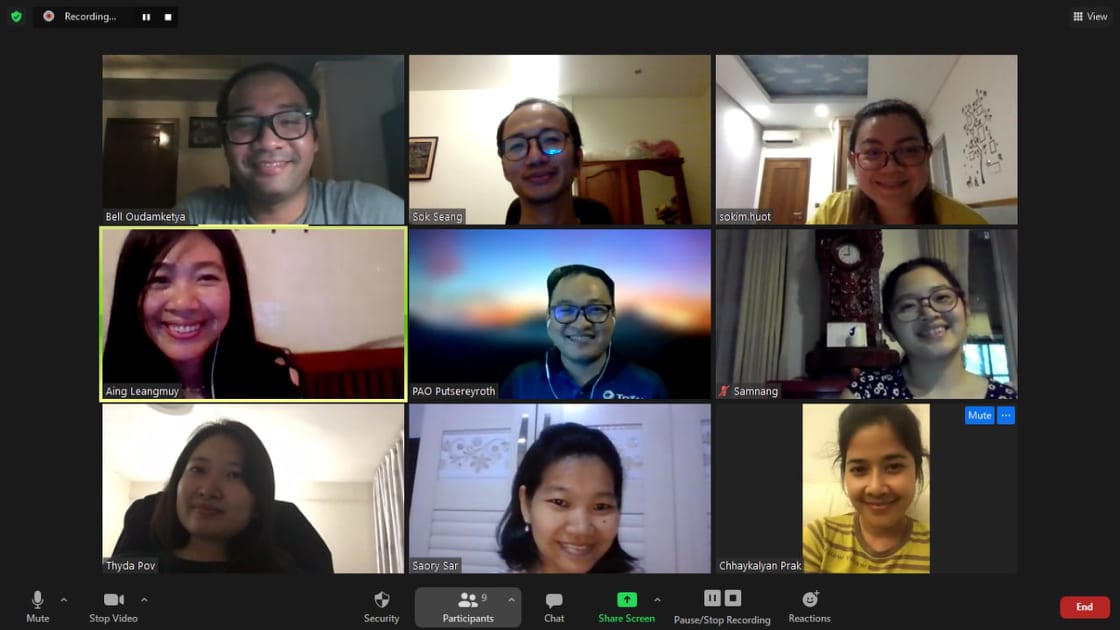 COPENHAGEN
What a great conversation!

SPAIN
Audencians throughout Spain got together for an online cultural visit of "L’Escurial des Bourbons". 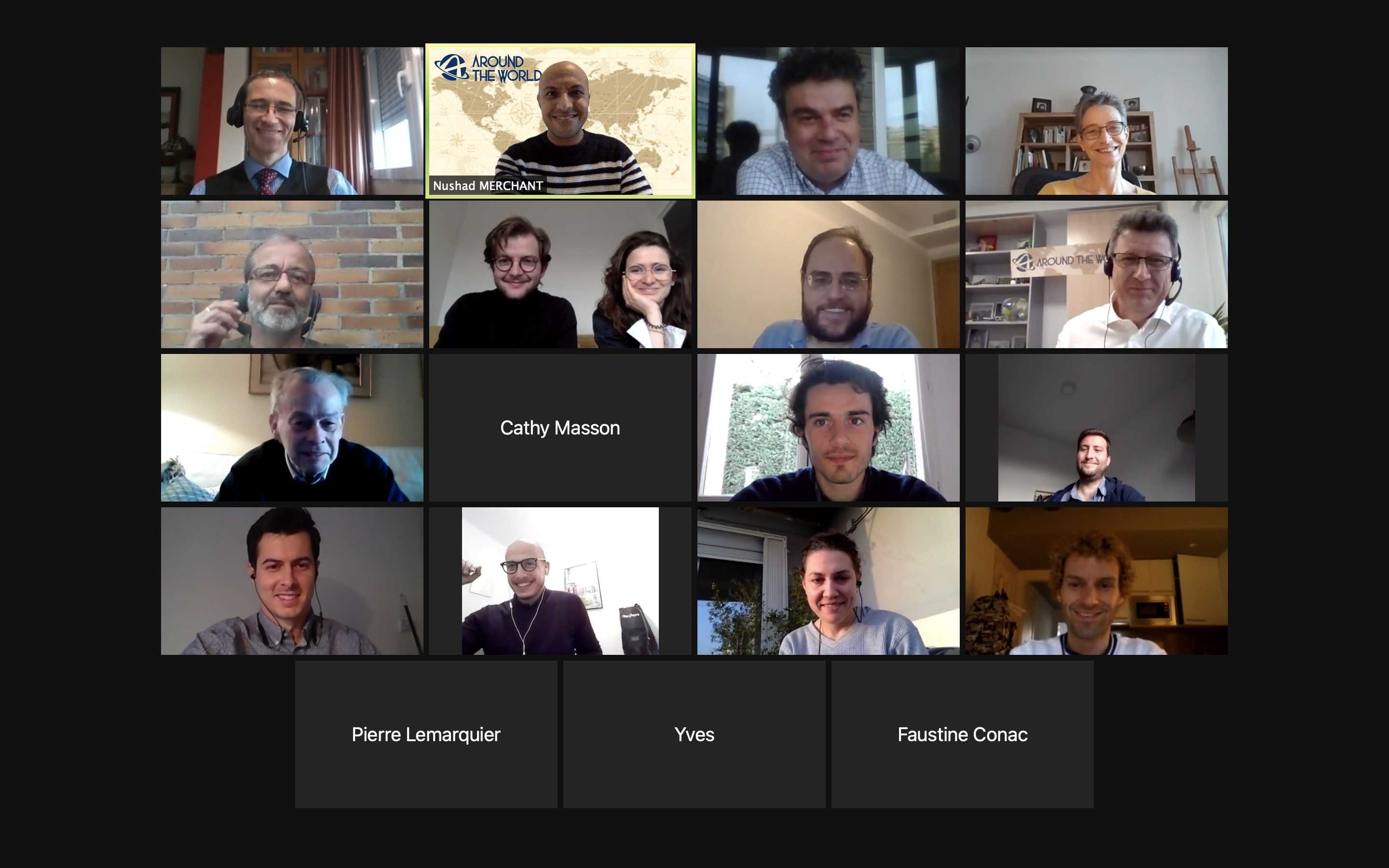 DUBAI
An al fresco gathering was held in Dubai! 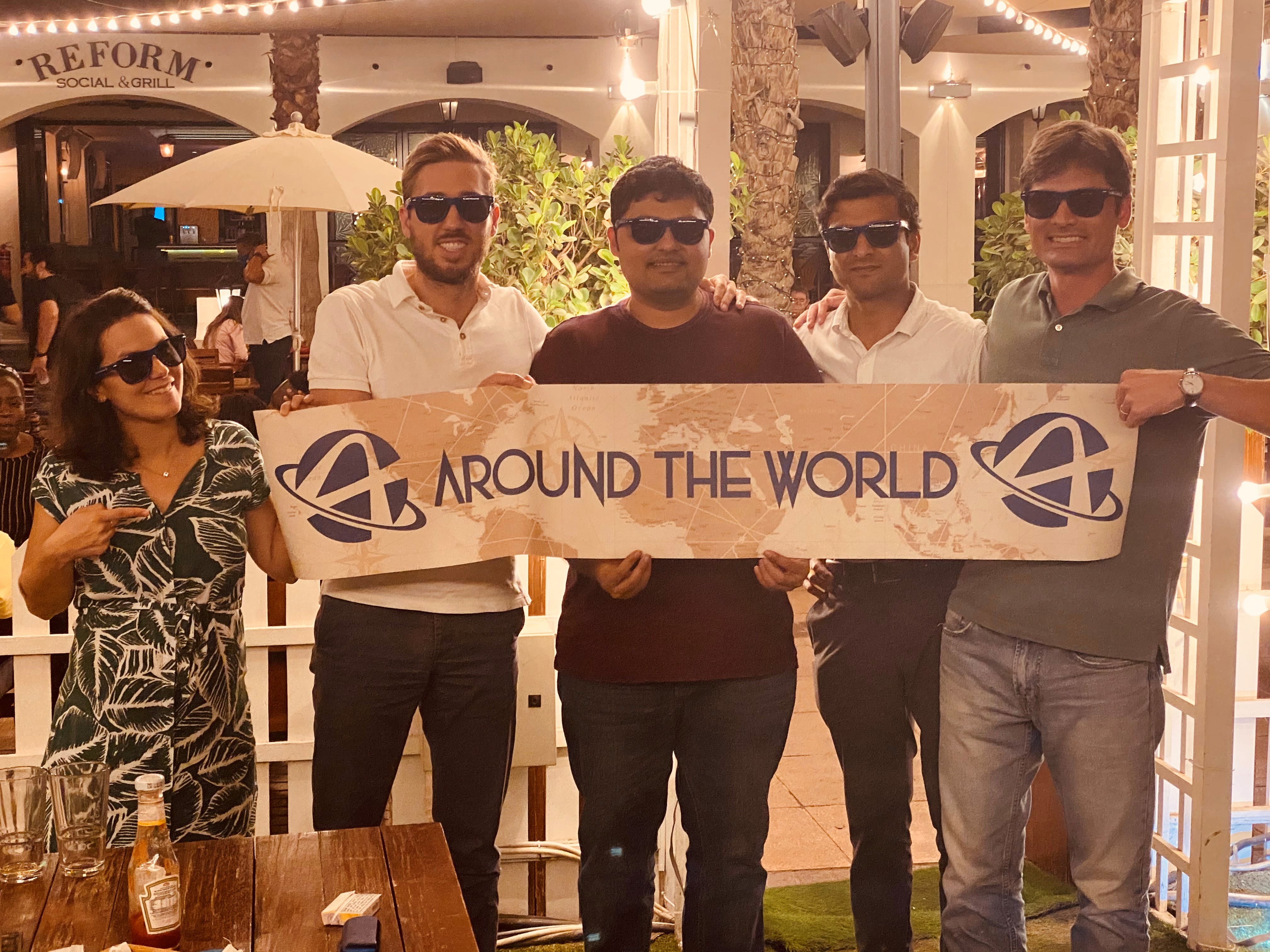 27 March
BAKU
Audencians from Ajerbaijan tuned in from Baku, Dubai and Geneva for an informal gathering! The organiser, Rasul shared his experience of being a career advisor at partner university ADA and how proud he is to continue sending students to Audencia! Participants were able to catch up on who was doing what and where and promised to get together on a more regular basis. 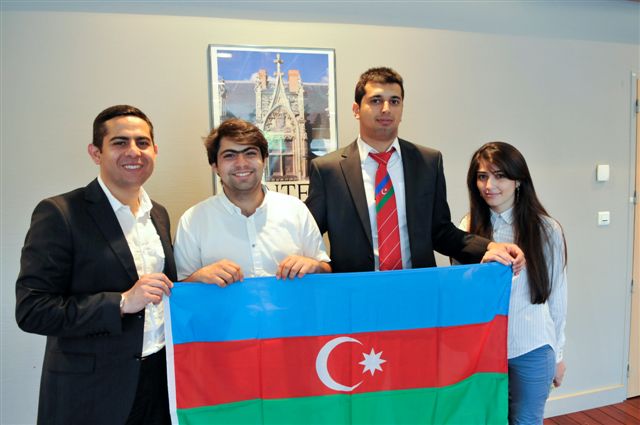 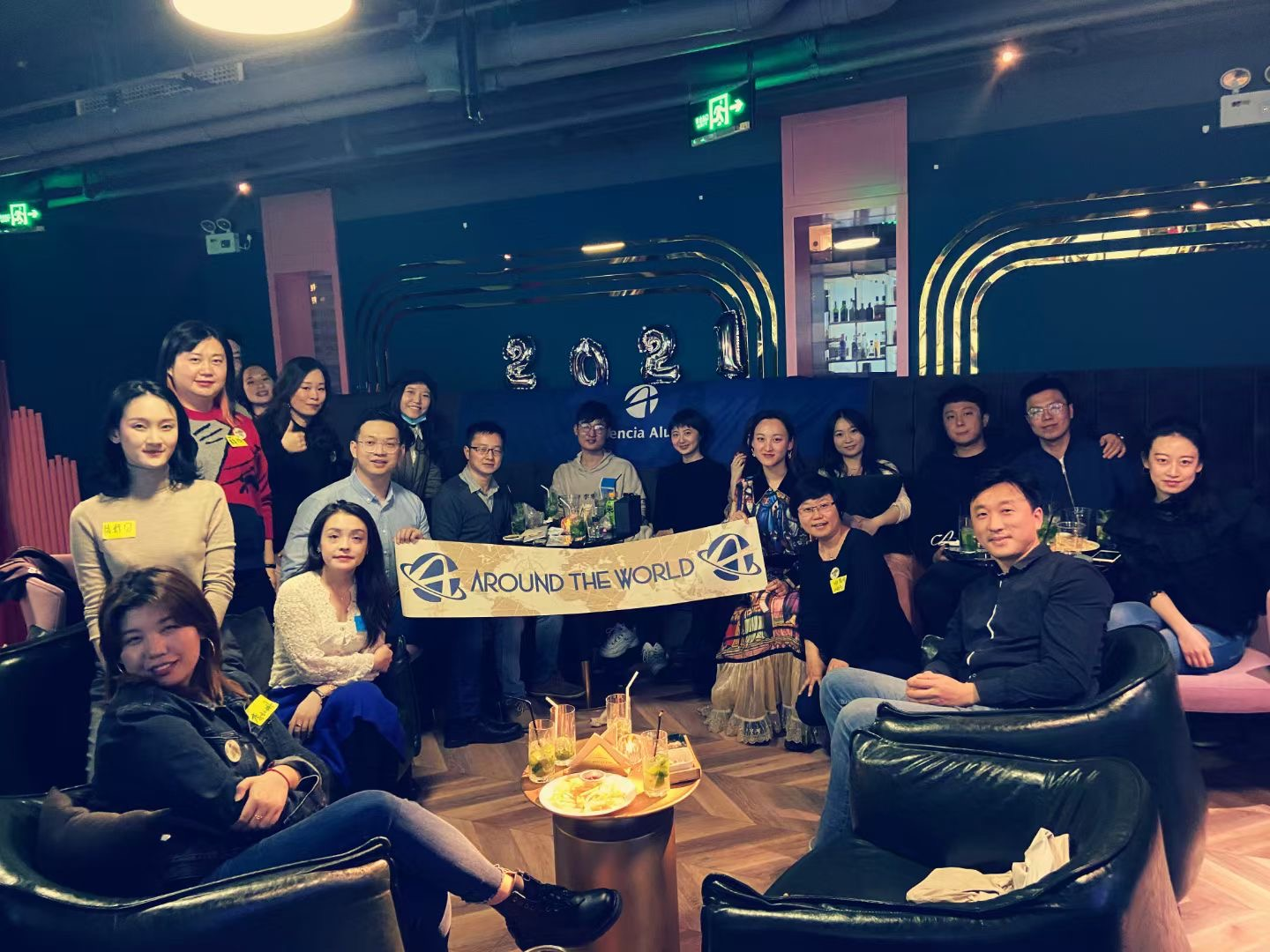 SAN FRANCISCO
Alumni in San Fransisco met at Surfers Beach on Half Moon Bay for a beach clean-up in collaboration with the Surfrider Foundation. 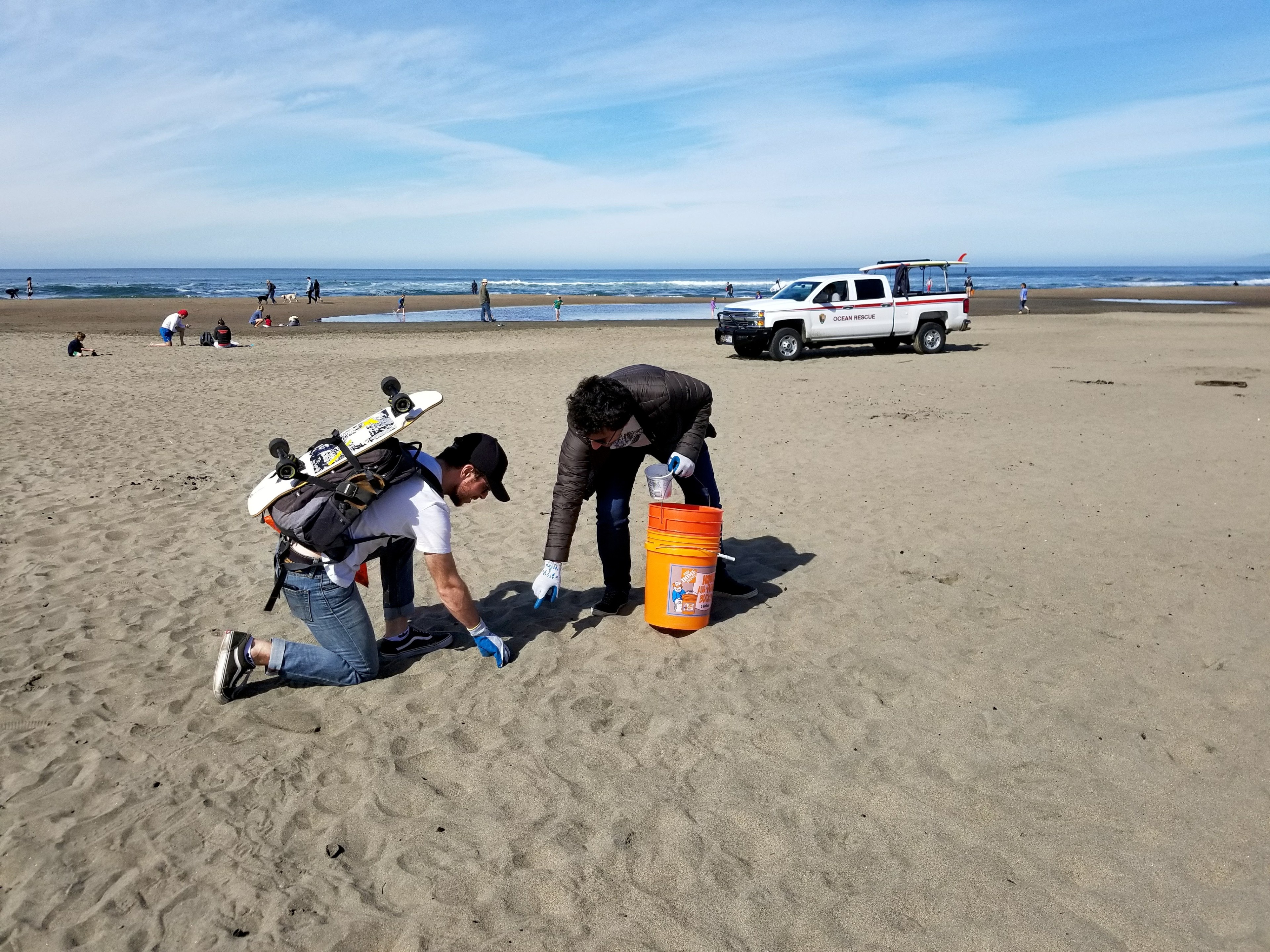 SHANGHAI
Boardgames, foosball, XBox KTV, Switch, drinks and snack are on the menu for Audencians in Shanghai. 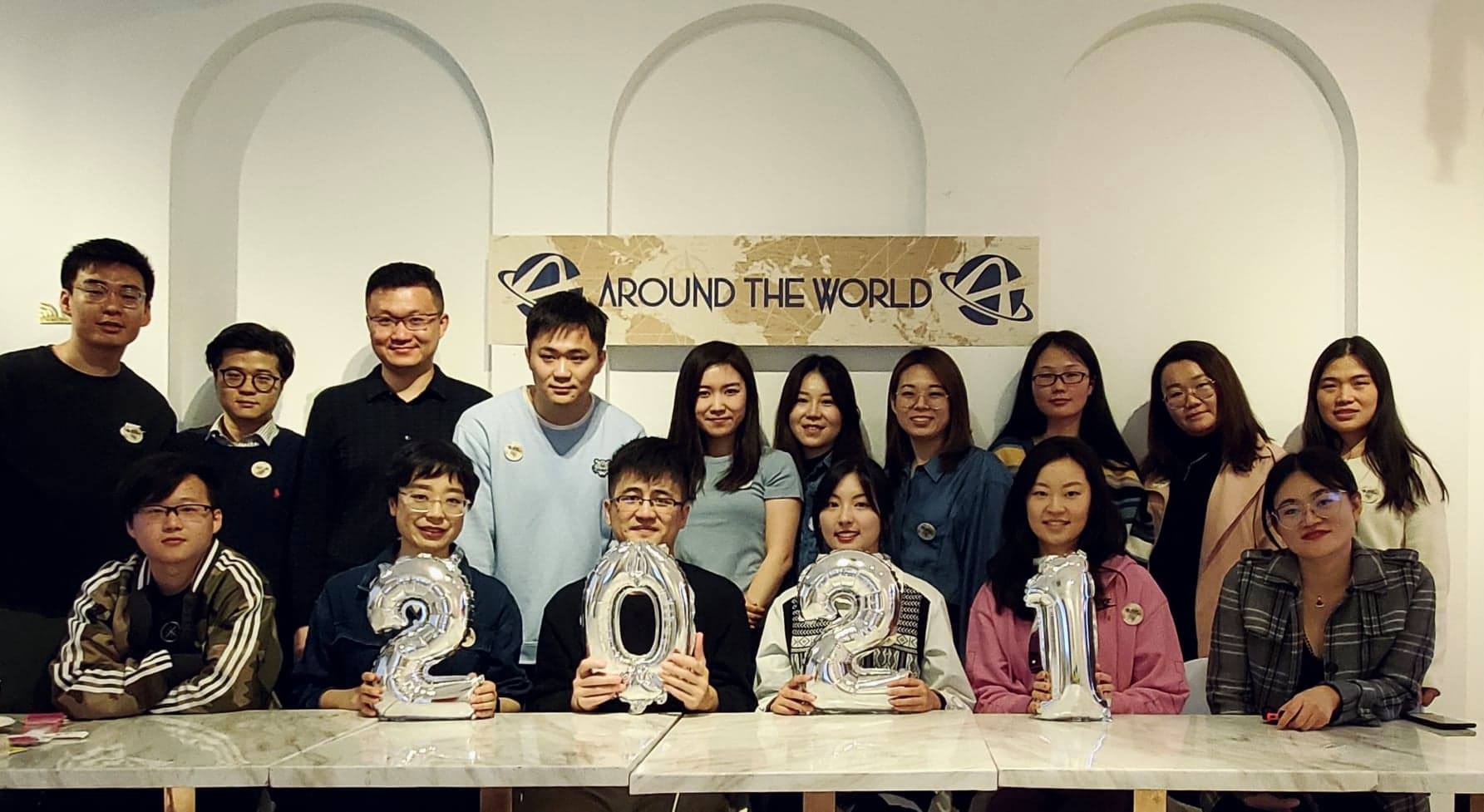 SHENZHEN
Shenzhen alumni put on their helmets and went for a cycle ride! 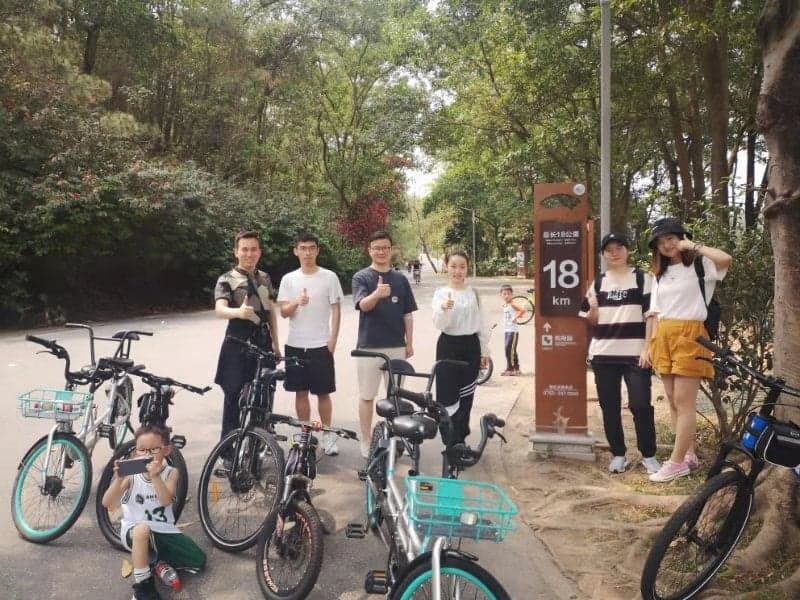 SYDNEY
To mark the Sydney stopover of the Around the World journey, Audencia Alumni there are going bowling. Align, adjust and go for those strikes and baby splits... join them on Saturday 27 March at 2pm Sydney time at Strike, King Street Wharf.
TOKYO
Join Audencians in Tokyo for time-honoured Japanese tradition of cherry blossom viewing party. 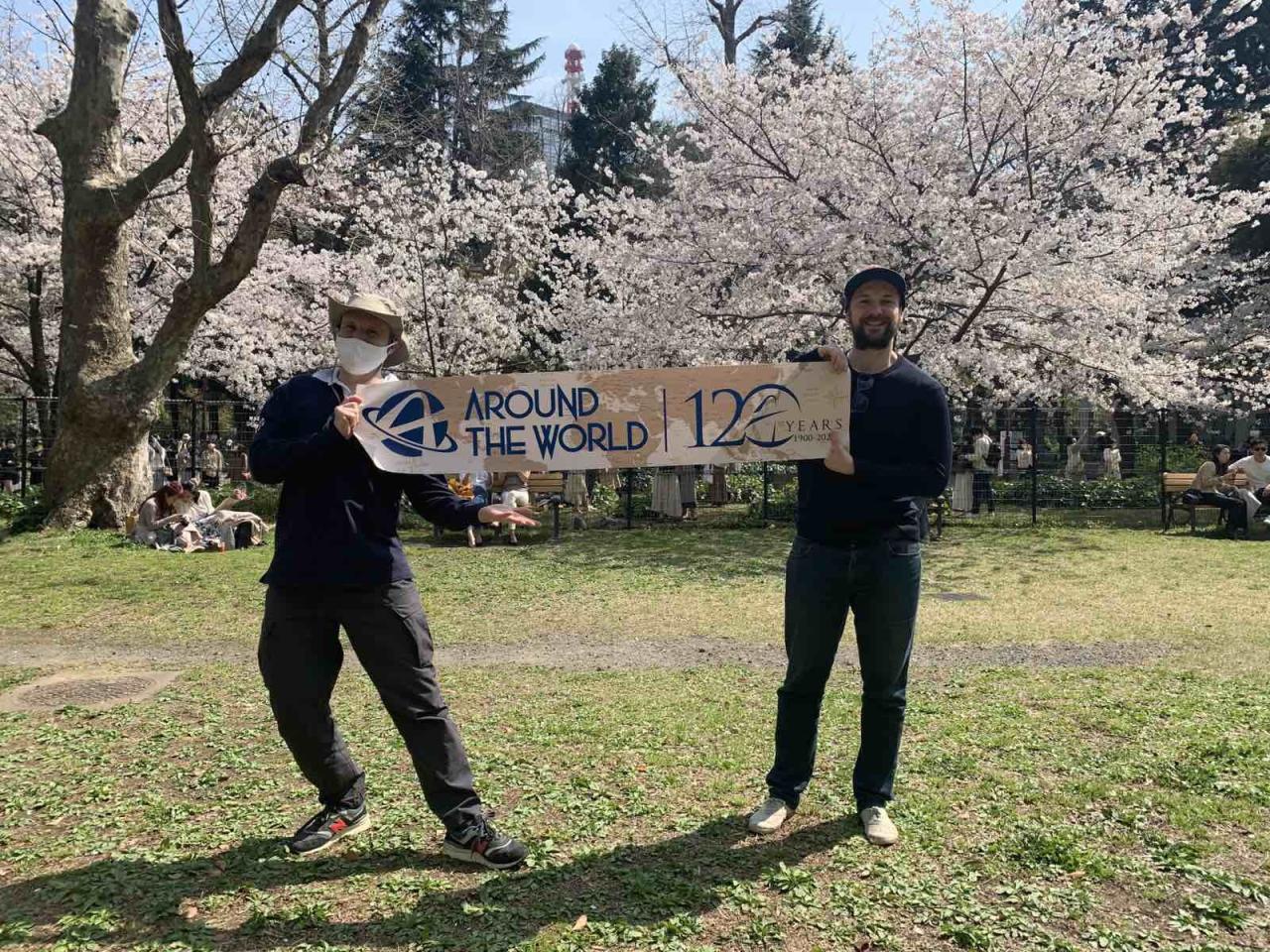 MEXICO CITY
Audencians from Mexico City made their morning date for a yoga session. They grabbed a mat, got their screen set up en enjoyed this date with a yoga teacher that put you them in fine form for the rest of the weekend. 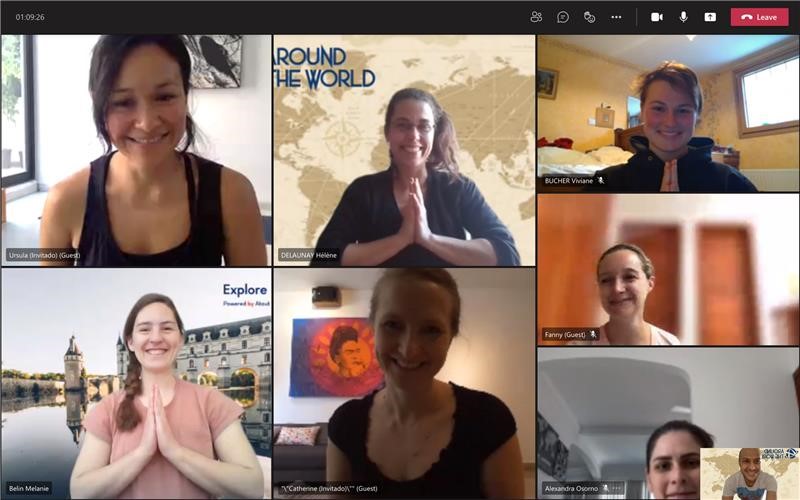 WEST AFRICA
Whether you are in Lagos, Nigeria, or even further afield in West or Central Africa, this year's Audencia Around the World is online. There's simply no excuse for not joining Oge and friends for a digital gathering.
26 March
COLOMBIA
It was 8am in Colombia and 2pm in France, so just the right time for a coffee! Audencians from Bogotá got together for a chat, a catch-up and a great cup of coffee online at wonder.me. It was great to see familiar faces again and meet new ones too. And wonderful to see current student Cécile Griffon (GE 21) taking the plunge and networking with alumni.

ALGIERS
This was the first alumni gathering for the new Executive MBA class in Algiers. Alumni and current participants got to know each other during the one-hour conversation and have made a date to go *OFFLINE* - 20 May! 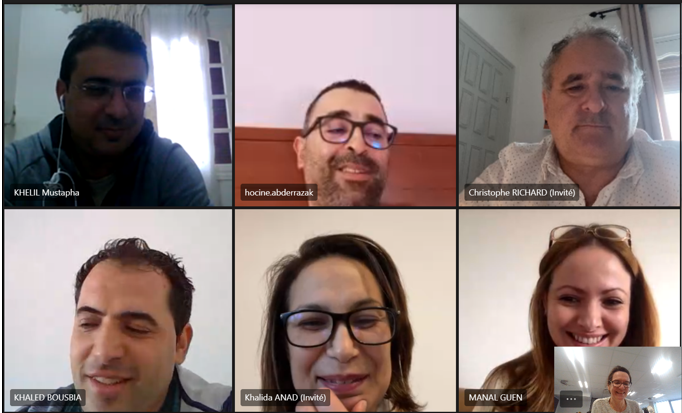 25 March
PARIS
The opening event took place in Paris and will focus on internationals working there. Following a welcome message from Dean Christophe Germain, Briana, Diana, Ayush and professor Camilla Quental shared their intercultural thoughts on living and working in France when French isn't your mother tongue. 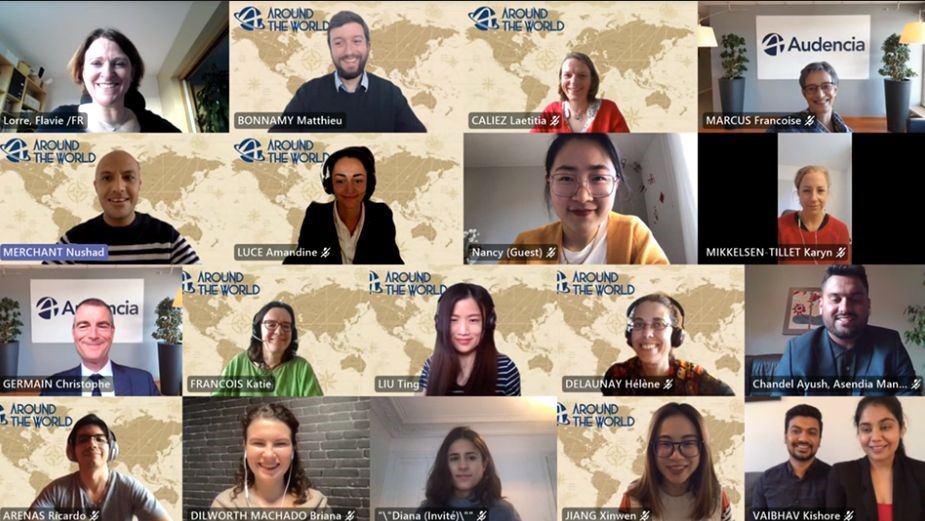 NEW YORK
Alumna Laurene took participants on a historical tour of New York and invited them to solve a riddle before sitting back to enjoy a Manhattan cocktail. 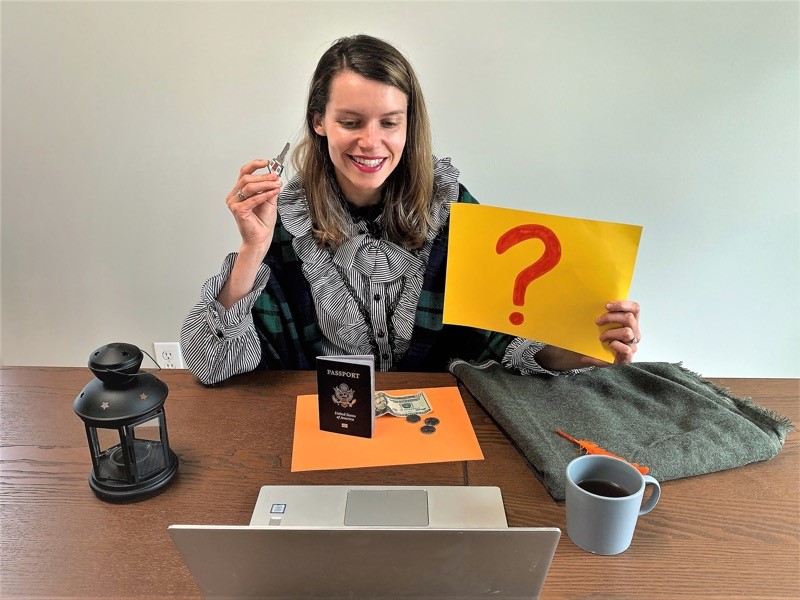 Now, more than ever, our international students are in need of critical financial support.
Make a donation during Around the World week to help pay living expenses for a struggling student.
Your donation, in any amount, shows your solidarity with our students who are building the world of tomorrow.
Our network is our greatest strength!
For more information
LinkedIn
Twitter